Don Rosenberg has been an 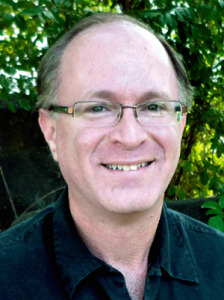 entrepreneur since the day of his graduation from the University of Virginia in 1979. On that day he started his first business, The Record Exchange, honored just six years later by Inc. Magazine as one of the fastest growing privately held companies in the U.S. The chain grew to 15 stores and sold over $100 million in its 27 year history. During that time he started other entrepreneurial ventures such as a nationwide publication, The Music Monitor, and trexonline.com – a website that sold collectible music across the US, England and Germany. During his music store career he met regularly with others at conventions, trade shows and in networking settings.

He has spent the last eight years starting and promoting his new business, Instant Organic Garden, which installs raised bed vegetable gardens in back yards, schools and restaurants throughout the greater Charlotte, NC area, and is now expanding across the country with affiliates in San Diego and southern Maryland.

Don promotes his business through networking meetings, public speaking and trade show events. He estimates he’s met and talked with over 40,000 people in the past eight years, and has developed an approach to introducing his business to others that gets his message across in a short amount of time to a wide range of audiences.